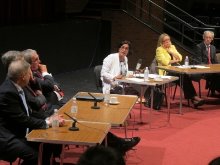 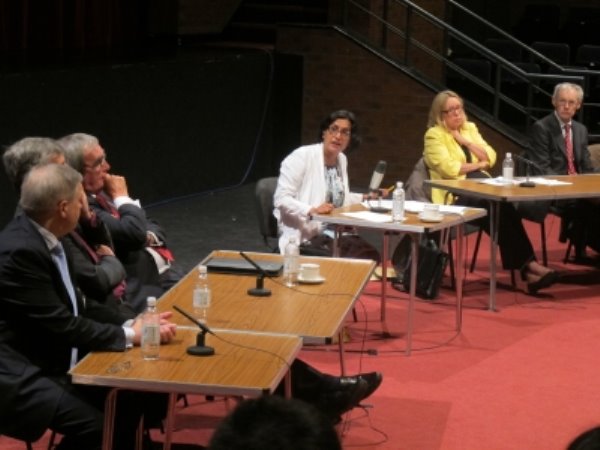 BBC Radio 4's Ritula Shah, presenter of the news and current affairs programmes, The World Tonight and Saturday PM, chaired the event that was aimed at 6th formers across the Birmingham area.

Youth Parliament member Amelia Brook and her peers were equally amused, enriled, encouraged and fascinated by the views of the panel and comments from the audience.

A number, including Ollie Adebisi, Ben Evans and Anna French, were chosen to ask questions to the panel and others were able to contribute to the discussion with comments and eager applause! Debate continued on the minibus all the way back to Bablake and the issues were still the topic of conversation throughout our Open Session that evening!

Mr Mark Woodward, Head of Careers, who accompanied the group, commented: 'In a week when the achievements of young people have once again been publicly mangled in the media, following debate over the relative merits of GCSE and O Level examinations, it was so refreshing to see young people from across the region express their views so eloquently and fervently. Employers need not fear a lack of skills in the next generation- they are confident, full of initiative and ready to go!' 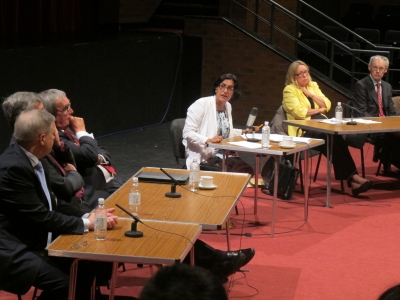