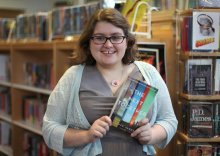 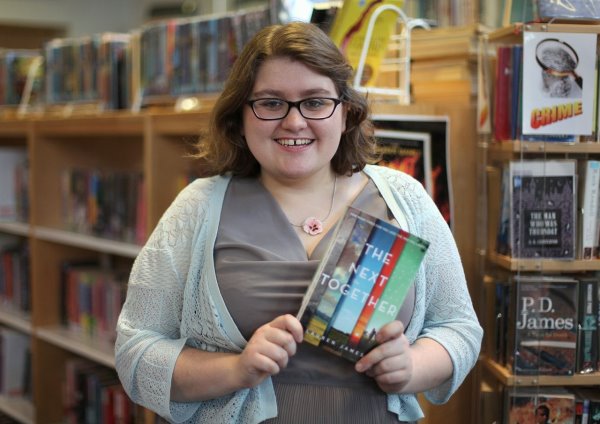 Former pupil (2008-10) Lauren James launched her debut novel at Bablake with a book signing and audience with our Sixth Form.

Keen scientist and Ogden Scholar Lauren was delighted to return to the school and answers questions set by Head of Sixth Form Mrs Alison Tumber in front of an eager, interested Sixth Form audience. She then enjoyed a book signing in our Main School Library that had been arranged by proud Senior Librarian Mrs Julie Needham.

Lauren was asked about writer's block by current Wheatleyan Deputy Editor Robbie Stowers, while earlier in the 'Audience with our Sixth Form', Mrs Tumber asked her when she first had an ambition to write and explored Lauren's earliest influences. As Lauren is a keen scientist, who took Chemistry, Maths, Further Maths and Physics at A Level, some of the audience may have been surprised to learn 'The Next Together' includes the 18th century Jacobite Rebellion and 19th century Crimean War. This only goes to prove how cross-curricular students can be with their interests and Lauren's Natural Sciences degree at the University of Nottingham still gave her time to write the novel.

Students heard about how the physical process of writing the novel worked and where the ideas for it came about. Lauren also explained how she went about finding a publisher and how long it had taken for publication! The pride and excitement at seeing your own novel published and physically sitting on a bookshelf in a bookshop came across clearly and it was interesting to hear Lauren explain how the novel will soon be translated into German, Turkish and Brazilian Portuguese.

In the Library, Lauren met current and former pupils who remembered her from her time as a school librarian. She also gave advice to budding staff author Miss Jayne Simmons as well as meeting other proud staff who had taught her and signing copies of her book for them. The pride of Senior Librarian Mrs Julie Needham in seeing one of her former librarians return to Bablake as a published novelist, having achieved one of their ambitions, was most evident and very touching.

Mrs Needham has read the novel and this is her excellent review: ' 'The Next Together' is an interesting take on the 'life after life' genre which is becoming very popular among authors of teen and young adult fiction. The author's scientific background comes through the story very convincingly and gives a different perspective from the present and future aspects of the storyline. The choice of both historical aspects also enhances the storyline. The different timelines reveal the characters' personalities and develop the story. This is a love story with a difference and will keep the reader gripped to find out what the conclusion will be. The ending leaves the way open for a sequel...'

We wish Lauren all the best with the rest of her 'tour' to launch 'The Next Together' and look forward to the publication of her future novels. We also recommend the novel to all pupils!

Why Our Former Pupils Marched On London

A Fascinating Perspective On Life In A School Library

Players and Spectators Welcome At The Old Wheats

In The News - (2) Old Wheatleyans Newsletter 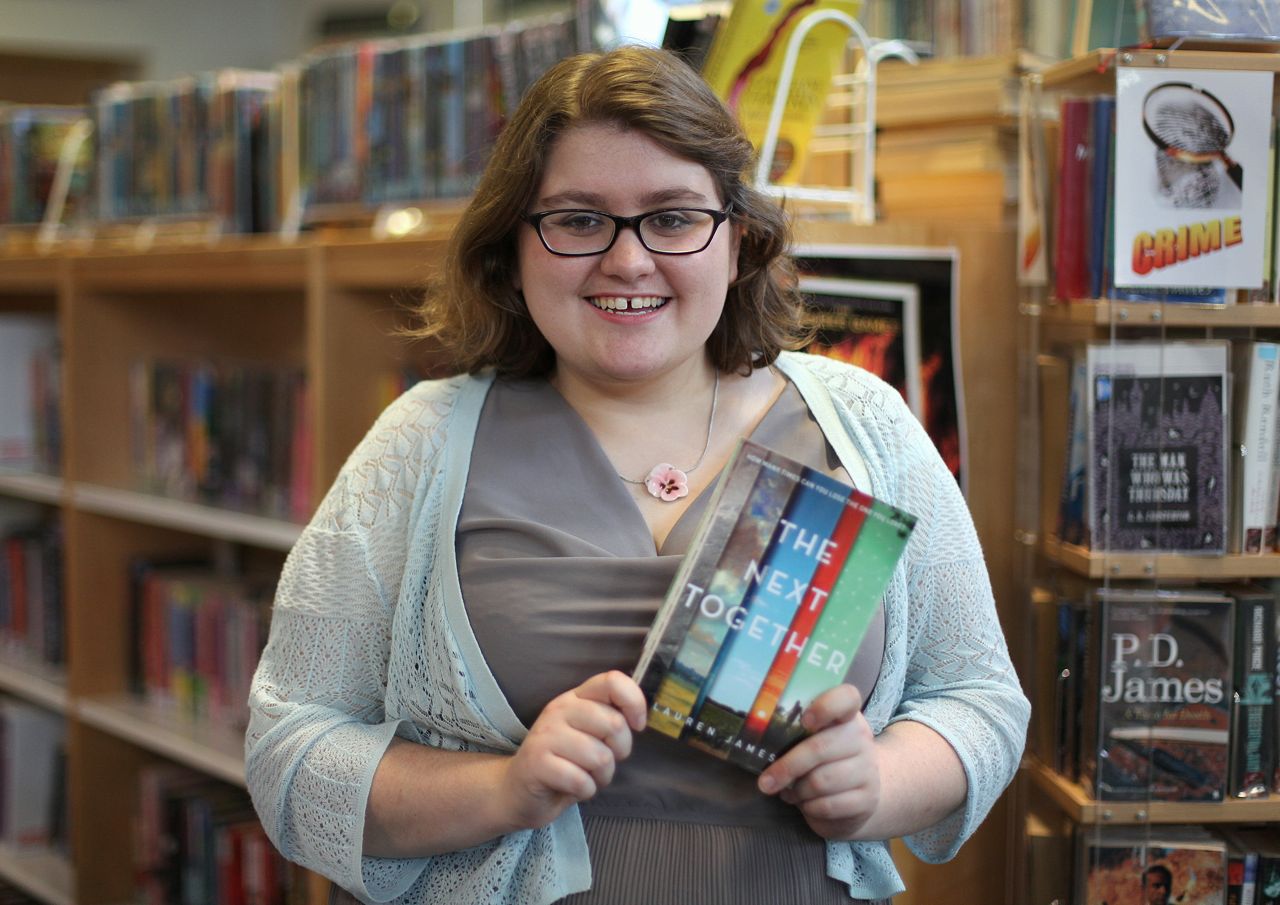