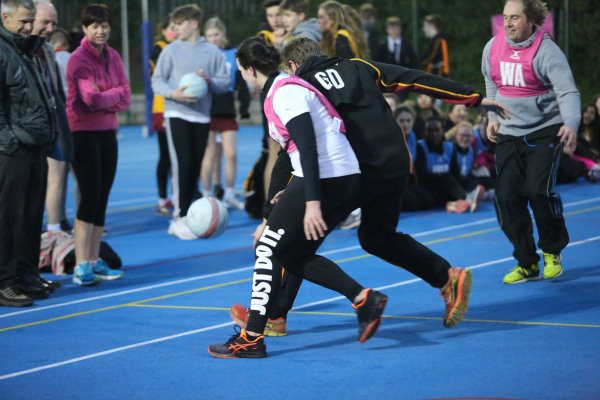 "After the first round of matches in the inaugural Bablake Breast Cancer Care Charity Netball Open Tournament, the courts were cleared for a one-off inter-teachers match between the All Blacks and Pink Panthers. Leading the All Blacks team was Head of Girls' Games Mrs Russell playing at centre who opened the game by passing to Madame/ Señora May to launch the first attack of the game.

Good link up play between the All Black forwards was eventually stopped by Mr ‘Wild Wild’ West playing at goal defence for the Pink Panthers. He launched a devastating counterattack which led to a chance for Mr 'Sniffer' Williams - swapping his backroom 'Waterboy' 3rd XI hockey status for a starring role as the Pink Panthers' goal shooter. He fired off the first shot in anger; this missed but play was brought back to a penalty for Miss Watts which she duly converted giving the Pink Panthers a 1-0 lead.

The Pink Panthers sustained pressure for the next few minutes, but to no avail, and, when the ball broke loose, the All Blacks won a penalty in the opposing third. Mrs May stepped up, but the ball bounced agonisingly off the hoop and 'Wild Wild' West cleared. His clearance throw found Herr Neale who took several steps that went unnoticed by the umpires, despite Mrs Lenihan’s outraged protestations. Despite desperate defending from Mr Seeley, the ball found its way to Miss Watts, who made it 2-0. There was still time for one more All Black attack before the half time pep talk, led by Mrs Russell, but they could not find the hoop and the score was still 2-0 to the Pink Panthers as the teams broke into their respective huddles.

Both teams brought on impact substitutions; Mrs Duke as the Pink Panthers wing defence was determined not to let the passes slip through her fingers. For the All Blacks, Mrs French came on in a bid to shackle the free-running Neale. Early All Black pressure yielded a penalty for Mr Chahal, who spurred on by shouts from the crowd, showed he was better at dealing with virtual pressure than real netball pressure and missed. They were soon back on the attack, but both he and Mrs May missed chances, with Mrs Duke not allowing those good attackers to rest. January transfer window purchase Mr Wright provided an effective link between attack and defence  to give Miss Watts and 'Sniffer' Williams chances, before the latter lived up to his moniker under the floodlights, scoring a decisive third goal. The final whistle heralded a 3-0 win to the Pink Panthers.

Their combination of good teamwork, accurate shooting and mean defensive work secured a win that will transcend the ages and when 'Wild Wild' West, 'Sniffer' Williams, Herr Neill, Miss Watts and the rest of their team are old(er) and frail(er), they will remember this famous victory and recount their exploits, which by then will have been blown way out of proportion by endless retellings.

Well done to all who took part. Even those whose efforts were not reflected in the score lines had lots of fun, and the event raised over £200 for a brilliant cause."

Thank you, Adam, for the excellent report! 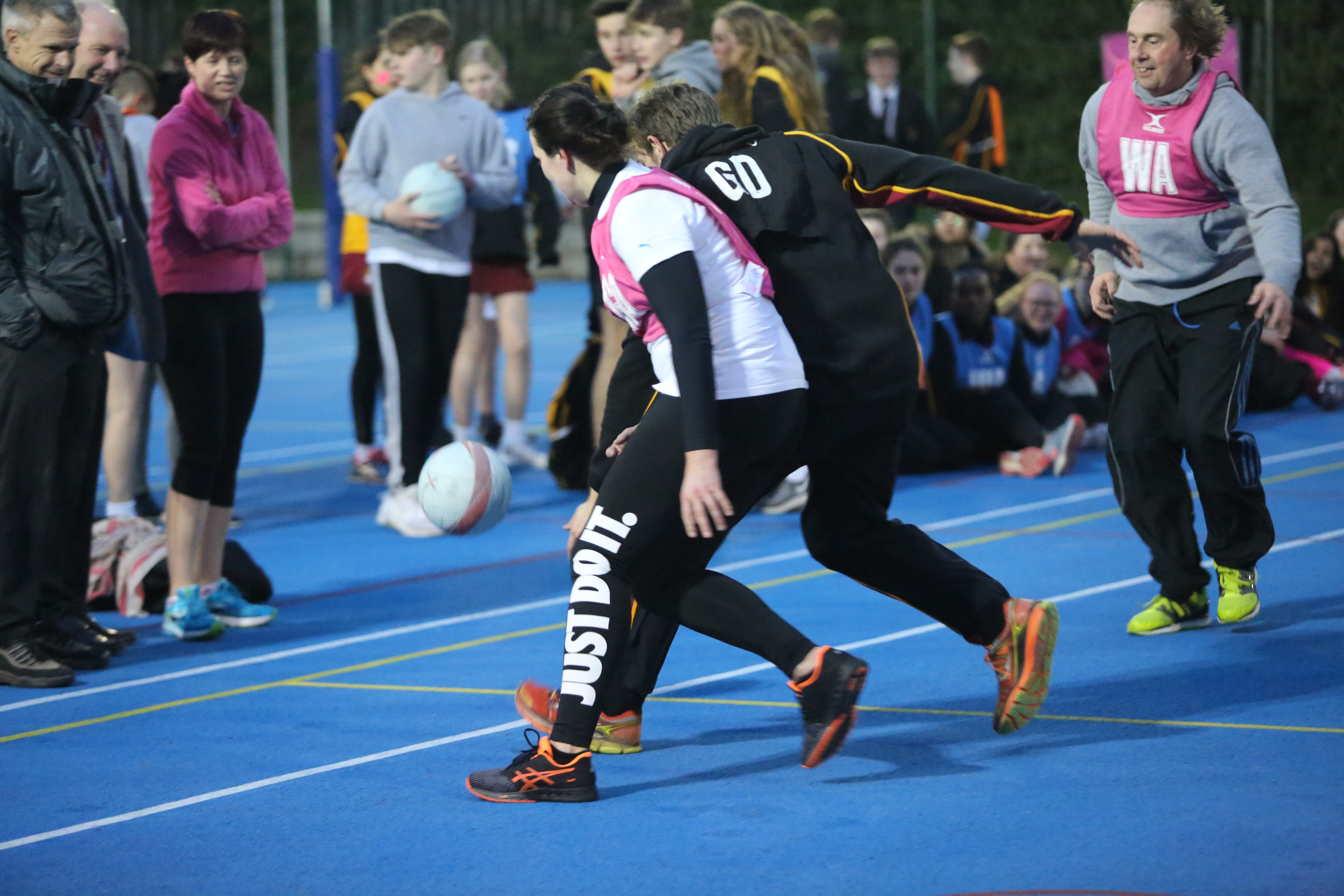