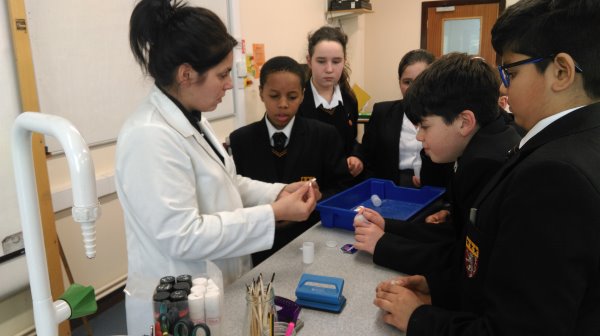 There was a huge amount of excitement at a recent Bablake School Junior Science Club meeting after teachers asked one simple question...

The groups were then instructed to put another set of plastic cups and tray on top to create a second layer. Again, much to the excitement of the pupils the paper cups did not collapse. The groups took it one step further and put another layer on top to make three layers. The level of excitement reached fever pitch (as did the nerves of the staff!) but the brave volunteers were confident as they went on to test the three layers and the paper cups did not collapse. This is a simple experiment based on pressure and surface area.

The final experiment of the session was titled ‘making rockets’. This involved adding Vitamin C or Alka Seltzer tablets to water in a plastic container, then quickly placing a lid on top and standing well back. Through this combination a gas is produced which eventually causes the top of the lid to fly high in the air accompanied by a loud pop. The pupils enjoyed making the rockets and all managed to have a go at making them pop! 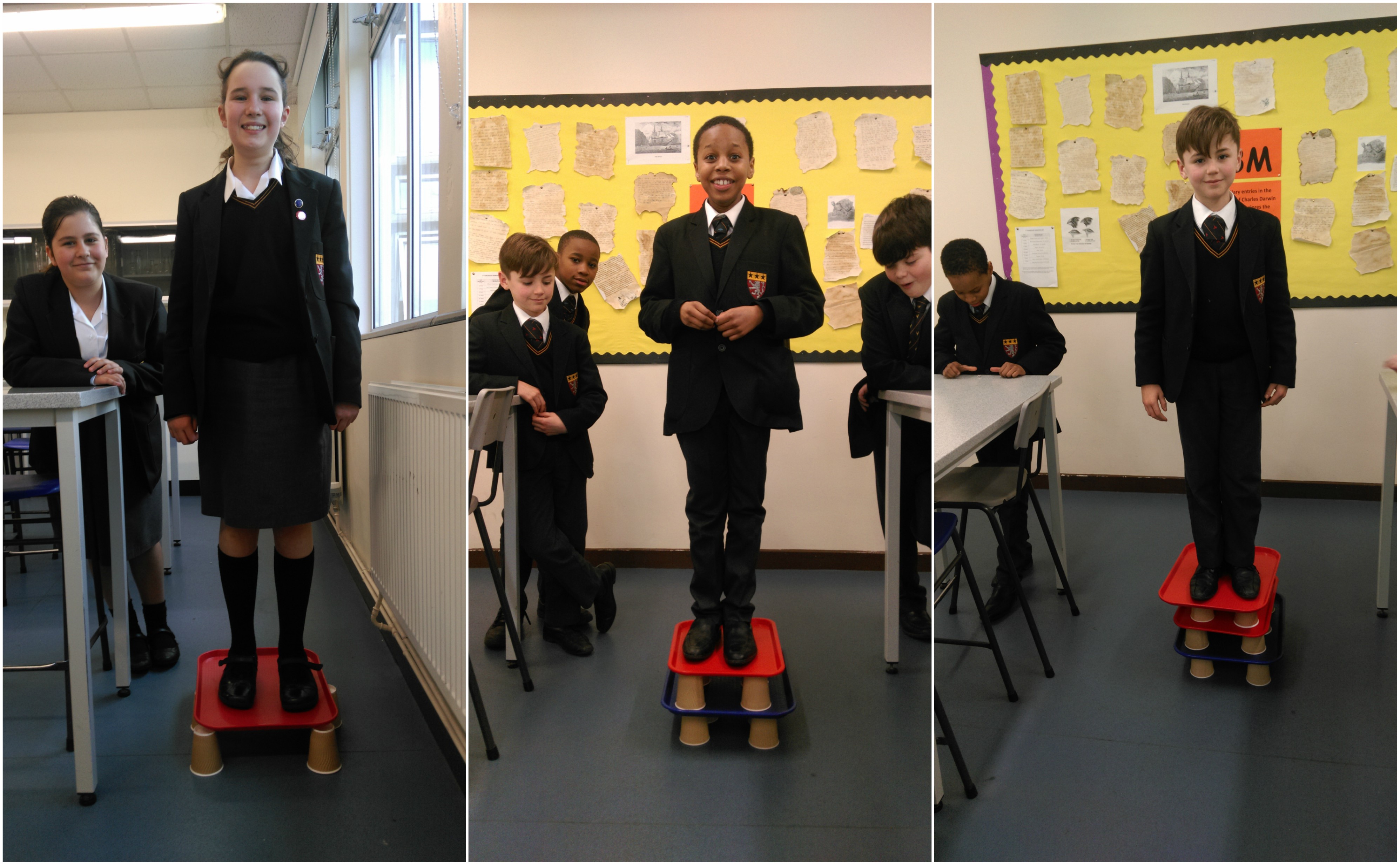 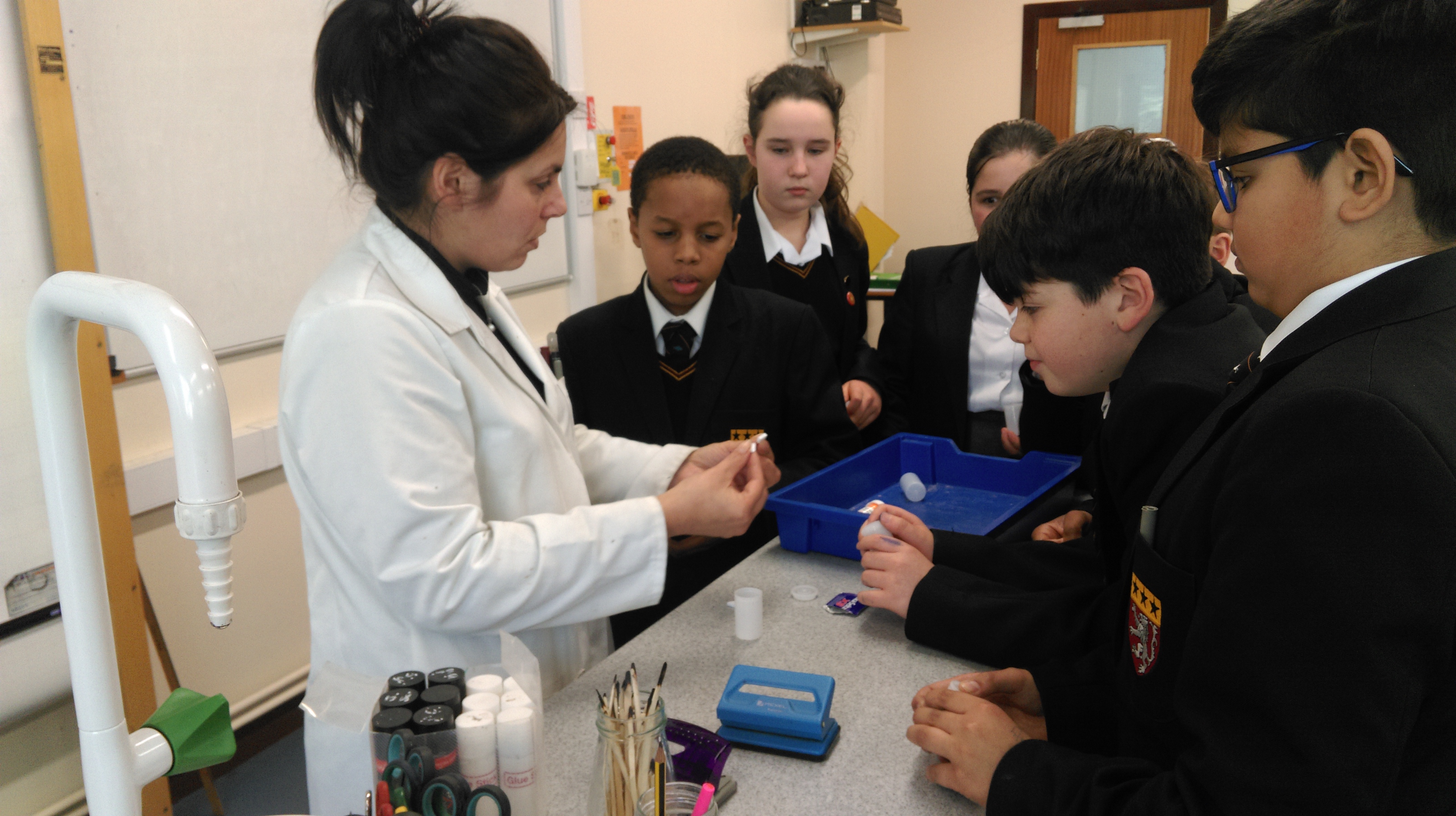