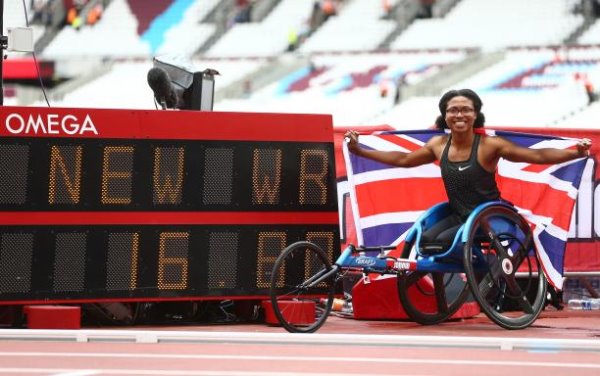 After an amazing summer of sport, Kare Adenegan is back at Bablake with her fellow students, and whilst she is looking forward to focusing her energy back into her studies, she does admit that it helps to have her training as a distraction to give her life balance.

After a full year of A level work culminating in end of year examinations, Kare was able to focus her efforts on her sporting career and came out on top with a new World Record in the T34 Women’s 100 meters at the Muller Anniversary Diamond League in London. She then travelled to the Para World European Athletics Championships in Berlin, where she achieved a Championship Record in the same event as well as a silver medal in the 800 metres.

When we asked Kare about the moment she broke the World Record she said: “I was just happy that I had won the race and didn’t immediately realise that I had broken the record, so when it flashed up on the Diamond League advertising boards around the track as ‘World Record’, I was so surprised. Then, once I had seen my time and realised it was sub-17 seconds, I was completely shocked. This meant so much more to me because a sub-17 time had never been recorded before – it had always been a big time barrier for that race.”

Kare surpassed her own expectations and ambitions so we asked her how it felt to be the best in the world at something, she said, “I don’t think it has really sunk in, I was so used to coming 2nd or 3rd internationally with the dream of winning Gold but now that it has happened I’m proud and want to experience it again.”

The next step in Kare’s athletic career will see her working towards the World Championships, to be held in Dubai in November 2019. There will be competitors from the European circuit, but the competition will obviously be a far wider-reaching one and Kare is very much looking forward to this exciting event. To many of us, it may seem a long way off, but Kare and her coaches already have a plan in place to help her on her journey.

Being back at school has been a good ‘break’ from all the summer’s excitement. According to Kare, “School and sport are like two worlds apart, but I’m the same person. It’s nice to get back to normal life and here at school, all the students and staff have been wonderful, offering me lots of congratulations.”

Kare is also a Sports Scholar here at Bablake and she will be mentoring a small group of our elite sporting pupils throughout the year. She is proud to be able to pass on her knowledge and skills as an inspirational leader in school and, as she maintains an excellent balance between her academic and sporting life, she continues to be a fabulous role model to our students. 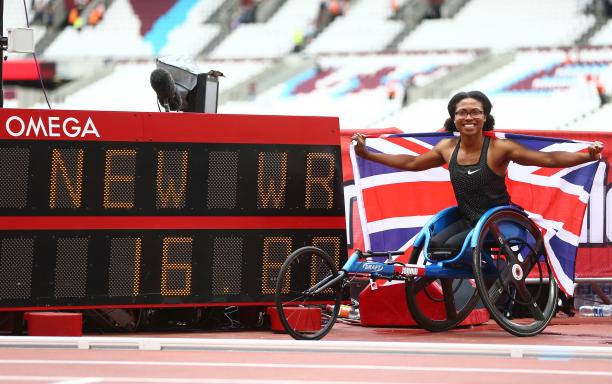