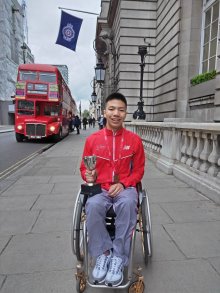 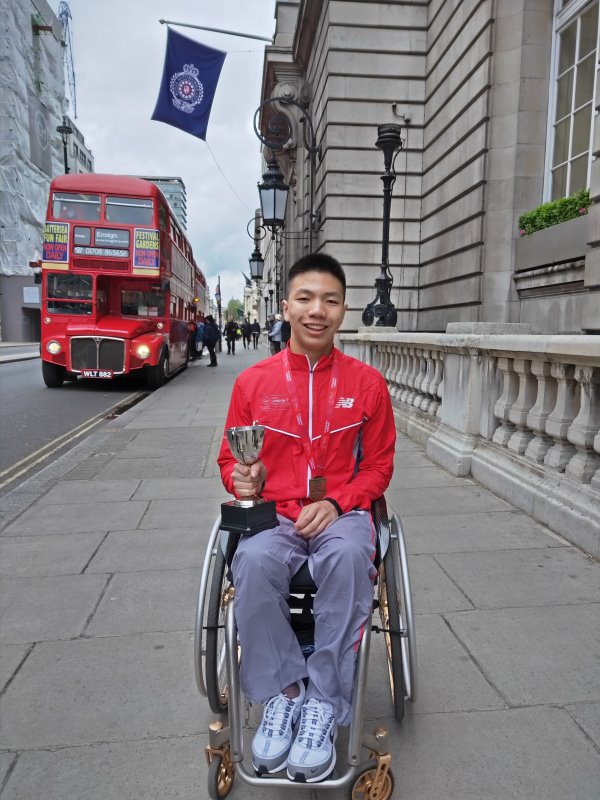 Our very own Zien Zhou, who defended his title in the Under 17 boys’ Wheelchair Mini London Marathon, recorded the fastest time of the day. Zien’s time of 12:55 saw him finish more than a minute ahead of his closest competitor.

Before the race, Zien felt quite calm because he knew this was to be his last Mini Marathon. He knew the course well thanks to previous races, but still felt a rush of adrenaline before the race that helped him to perform so well.

Zien had a unique strategy to deal with the pressure to perform well and defend his title this year; “In order to deal with this I deleted all social media platforms in the days before the race and declined prerace interviews. I knew that I had trained hard for this race and so told myself I was going to have a good race.”

“It was amazing to be the first person across the line in London. It is such an iconic race and to know that so many greats of athletics like Mo Farah, Eliud Kipchoge and David Weir would cross the very same line was such an honour.”

Zien will now turn his attention to the track season that will begin in a fortnight and his aim is to improve his times. His main goal now is to represent Team GB at a future Paralympics or other similar international events. 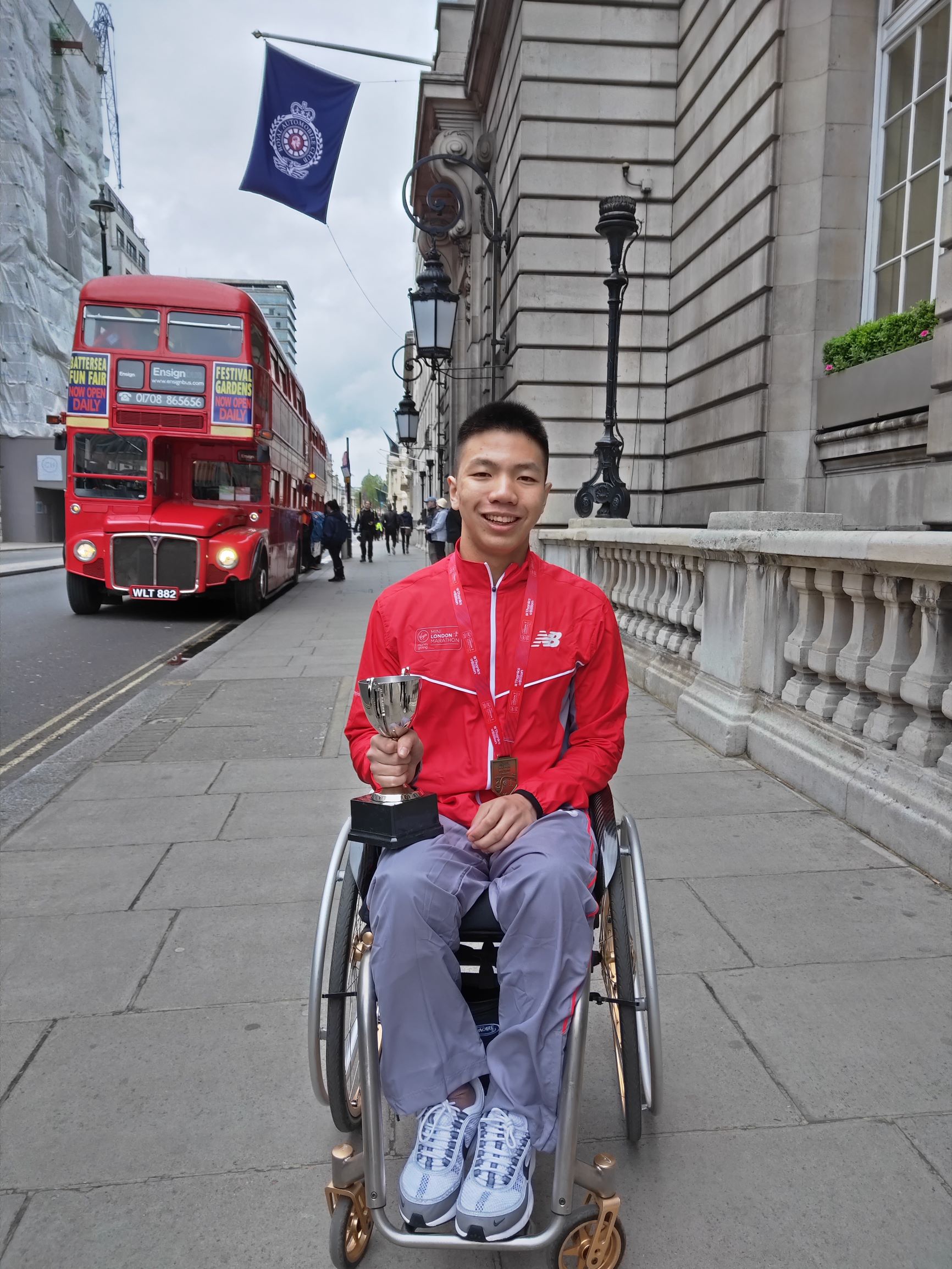