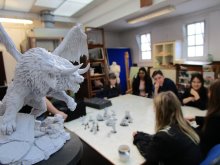 Making a career with Art

We were visited by ex-pupil Dan Jack who spoke to groups of Lower 6th and 4th Year pupils about his career path after leaving Bablake.

After completing a Foundation Course at St. Martins in London, Dan went on to complete a degree in animation at Bournmouth University. This led him to work on films such as The Jungle Book and Goosebumps. He enjoyed the industry and all it offered but was unsure, like many, what he really wanted to do with his career in the long term and eventually he decided to set up his own business – Atlantis Miniatures. He currently designs and produces a range of figurines for fantasy board games and is in the development stage of producing his own game.

During the visit he gave valuable advice to Sixth Formers about what to look for when choosing a university, setting up a business and the drive needed to succeed in something which is clearly a real passion in his life. A recent Guardian newspaper article reported that the Arts currently contribute more to the UK economy than agriculture. 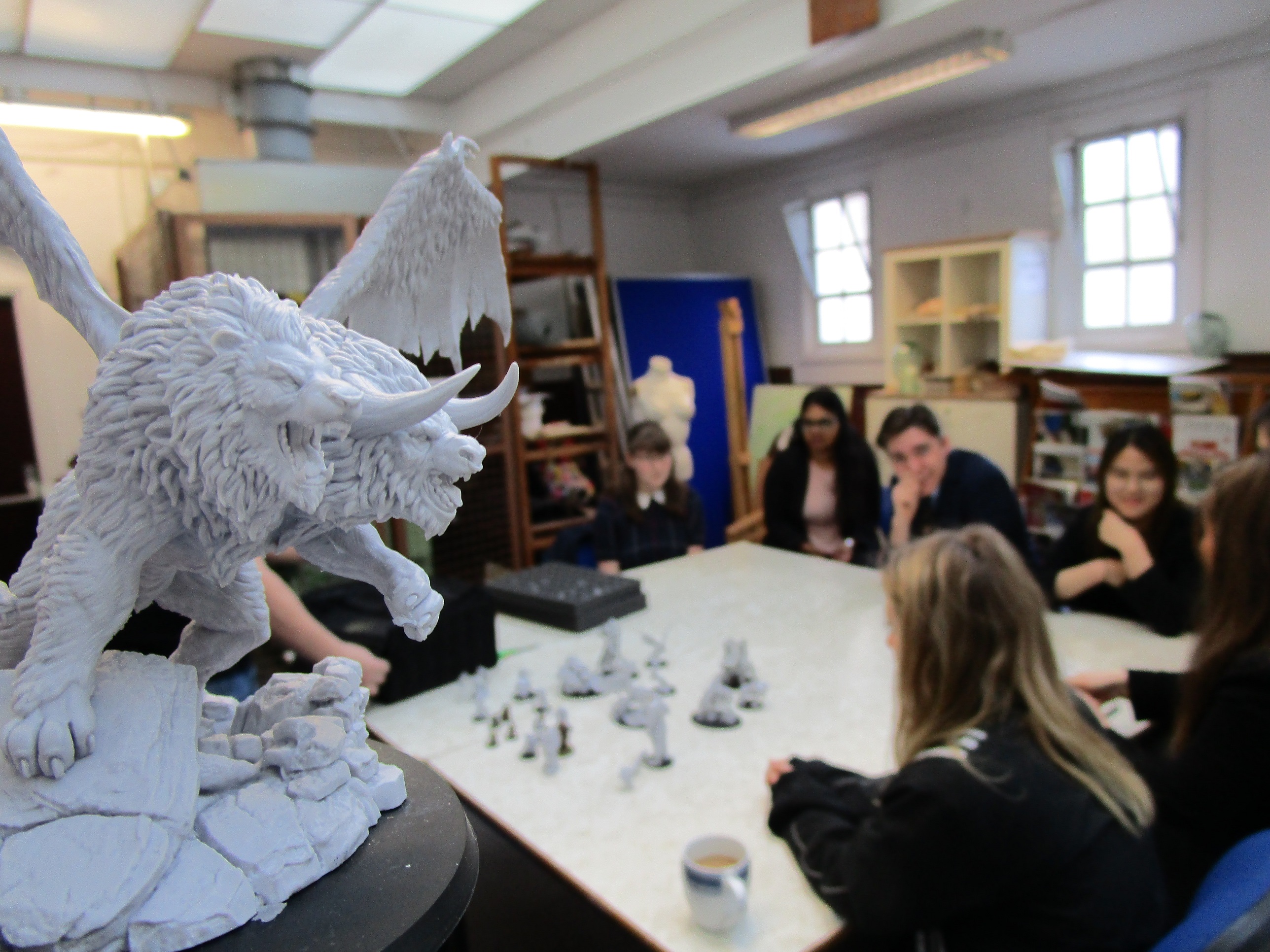