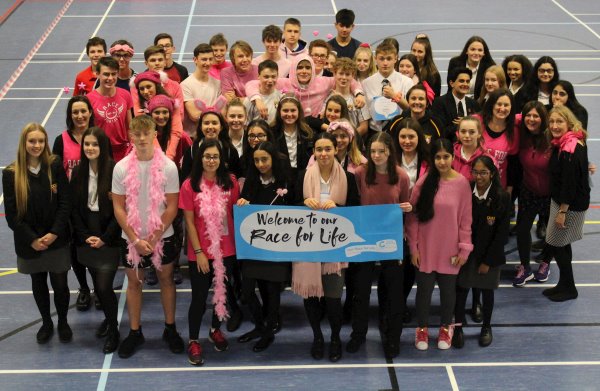 Thursday 12th December was an important date in the 5th form diary – not the election but the Cancer Research Race for Life that was taking place at lunch time.

There was a ‘fast’ race where four of the fastest students took on Mr Wright, Mr Tyas, Mr Roberts and Mr Hazel. Everyone wore something pink to complete the two lap spinney race and the crowds came out in force to cheer them on despite the rain. Matthew Hart was declared the overall winner with Mr Tyas leading the way in the veteran category.

The rest of the year group made their way to the hall to complete ten laps in whatever fashion they could think of. We had a three legged pair, walkers, skippers and a piggy backed student making their way round the course. More photos can be found on the Flickr album

The 5th Year students made an enormous effort and they have raised over £1000 for Cancer Research UK! 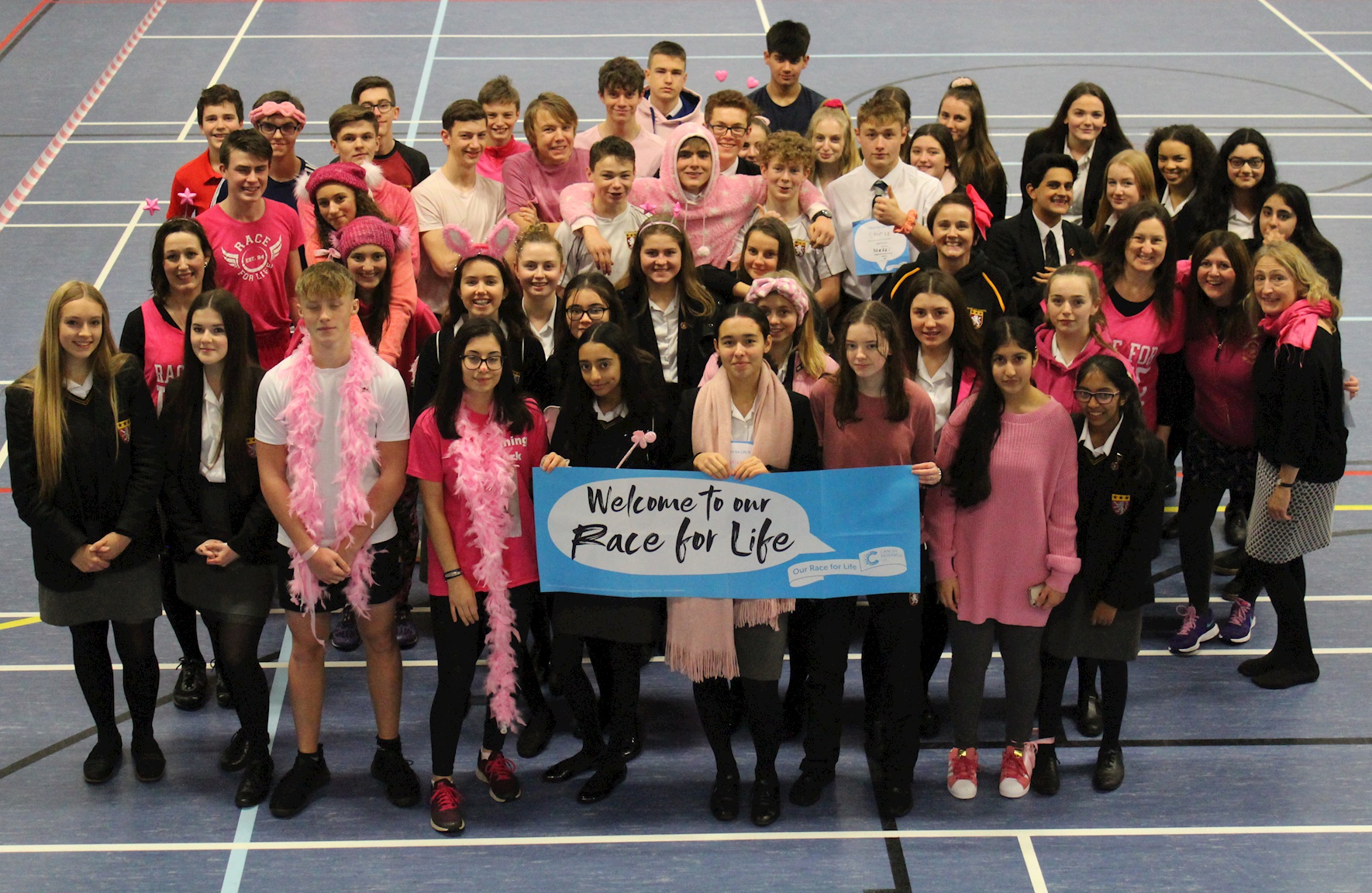