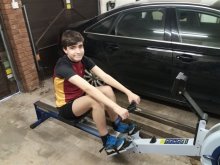 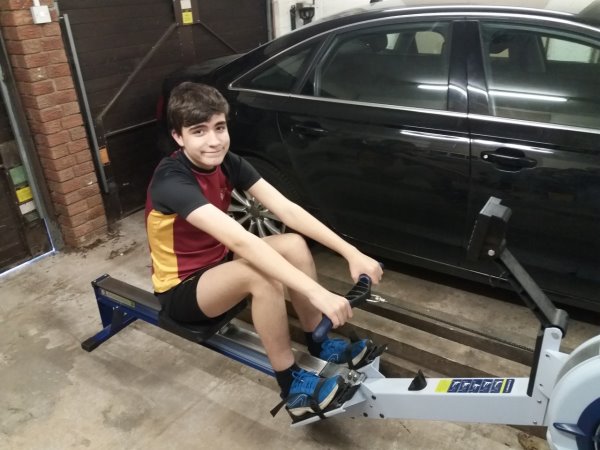 Whilst at home in lockdown, Alistair decided to take up rowing and entered the British Rowing Virtual Championships where he placed 4th in the Year 8 boys category and 5th place overall!

He has been using some of his extra time at home to develop his new sporting skill; using a rowing machine in his garage for the last four weeks, thanks to a kind loan from a friend. Whilst researching for some tips on his new hobby on the British Rowing website, he noticed the competition and, based on the distances he was achieving at home, he thought it was worth entering.

In order to participate, Alistair had to connect the rowing machine to a PC which connected to a webserver running the race. Race control pushed messages to the rowing machine display to tell the rowers when to start rowing. Year 8 boys and girls raced for 3 minutes and the winner was the rower with the longest distance. Alistair achieved 795 meters during the race; he was a little disappointed – his best during training had been over 800 meters!

When asked about the experience, Alistair said, "I was really pleased with my result especially as all the other competitors were members of boat clubs, who would have had training in technique and stamina.  I’ve only been able to practice properly on a rowing machine for four weeks, as family friends kindly loaned me the machine. I wanted to try rowing more seriously because I am physically suited to it. I now believe I have the potential to do well at the British Indoor Rowing Championships in London in December."

The next step for Alistair will be to train hard for the British Indoor Rowing Championships scheduled to take place in London in December. You can look up Alistair's race on the British Rowing website and the video on their YouTube Channel (play from 3:51:00) where you can see the stroke rate and boat speed for each competitor. Since Alistair isn't part of a boat club it shows 'Great Britain' next to his name.

Good Luck on all the training Alistair and we wish you the best for the competition in December! 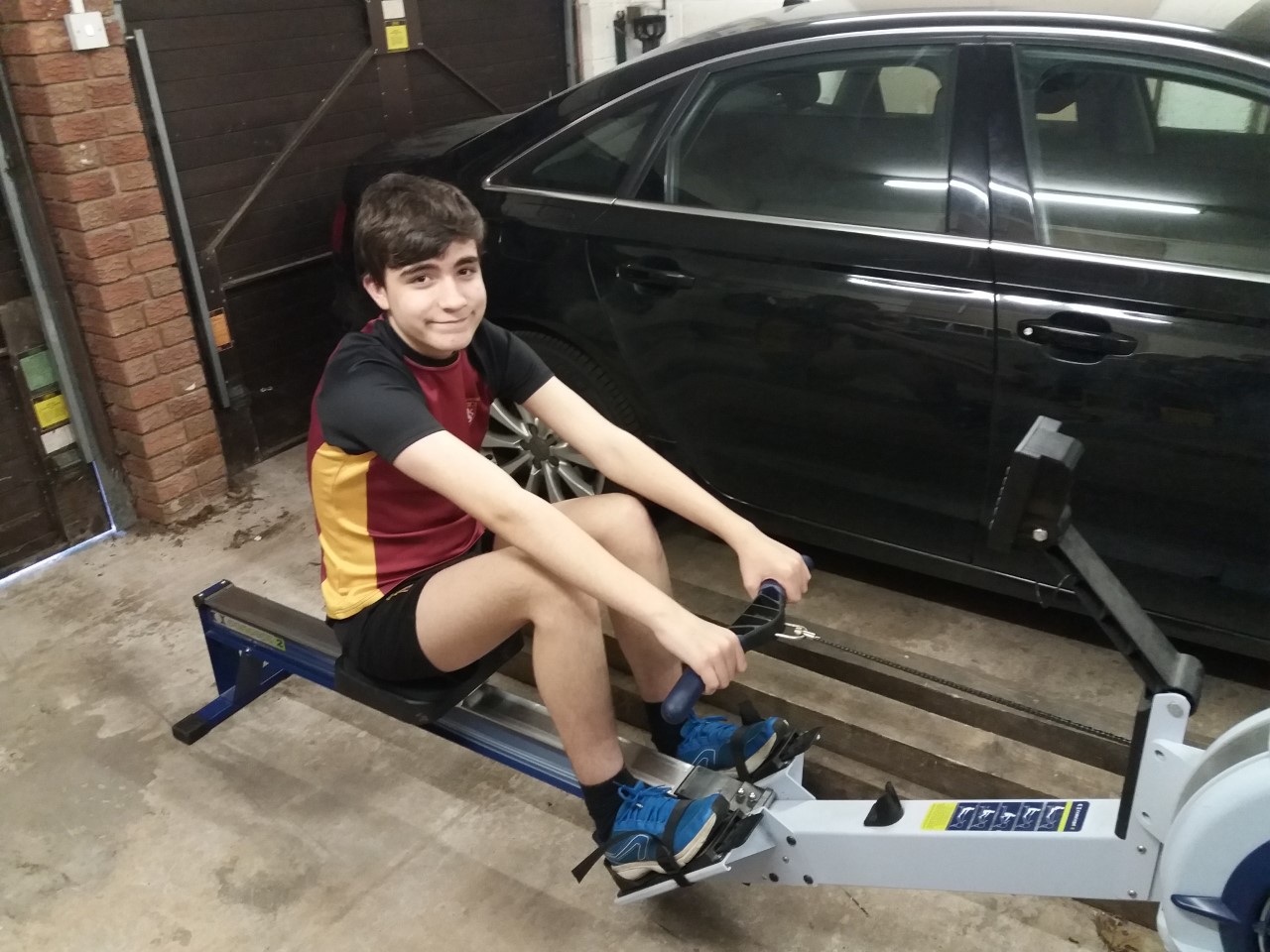