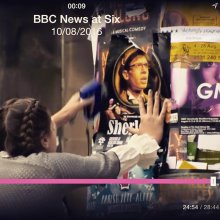 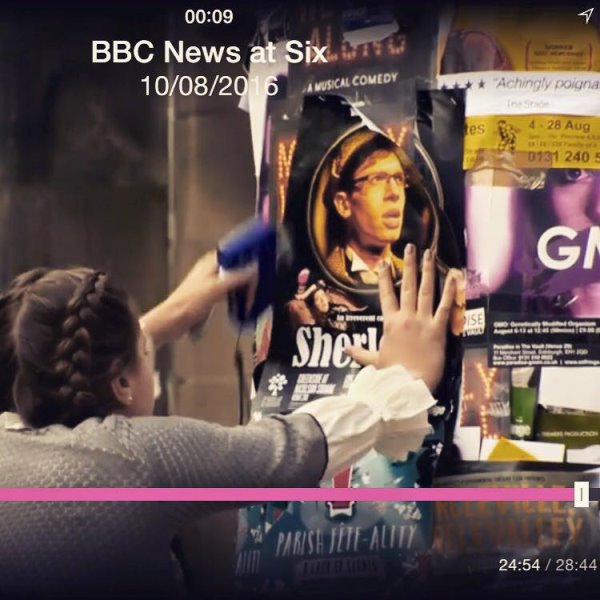 Bablake's 30th year at the Edinburgh Fringe featured fleetingly on yesterday's BBC News at Six, another highlight in an amazing week. We asked the 2016 cast and technical team to describe their reactions to the festival.

Writer and director for the week Sam Griffiths, who plays Sherlock, commented: "My third consecutive year at the Fringe has already been as amazing as the other two, if not even more so. It's so humbling to have the opportunity to bring a show of my own to the festival and have it so well received. It certainly has made me think ahead about possible revivals!"

Sherlock's trusted colleague Dr John H Watson is played by Jasmine Shankster-East, who is already becoming a drama festival veteran. A recent attendee at the Brighton Fringe, Jasmine said: "The Edinburgh fringe is the quirkiest festival I have visited, and this week has probably been the most exhilarating drama experience I've ever had!'"

Moriarty's ninja Heather Faulkner has been overwhelmed by the festival and commented: "The buzz of the city and excitement of both performing and watching other shows are truly fantastic. I am privileged to say I have been part of the festival."

To allow a cast to shine, there is always an inspirational technical team. Hannah Jewkes, who has been taking control of lighting, thoroughly endorsed Heather's sentiments, saying: "Edinburgh is a beautiful city, transformed every August into an amazing festival filled with wonderful productions from all over the world. I feel really honoured to be a part of it."

She also praised Greenside whose Lime Studio venue we have been using: "Greenside's cooperation with both the tech and stage management has been great. Using some equipment for the first time could have been awkward, but everything we have asked has been solved without any problem; this has been so convenient and helpful."

Hannah Calderbank, who has been in expert control of the lighting for 'Sherlock' added: "Edinburgh is bursting with people who are extremely enthusiastic about plays and we have seen so little negativity. Being part of such a renowned festival is a surreal experience, but I am so happy to have been part of it."

Georgina Owen, whose cameos include Mrs Hudson and Helen Stoner, commented on the public support for the play, saying: "The reaction, on the Royal Mile, from the general public to our play has been so welcoming. Our audience numbers have also been really encouraging."

The final words of praise for the Fringe experience are those of Beth Carter, Sherlock's eternal foe in our play, who said: "The inspiration to perform at the Fringe festival came a few years ago from one of our Sixth Formers, Emily Lewis, whose enthusiasm sparked my interest. The unforgettable and entertaining memories made this week have exceeded my already high expectations!"

We are delighted the whole company has had such an excellent week. Like all our students, they have all been outstanding ambassadors for Bablake. 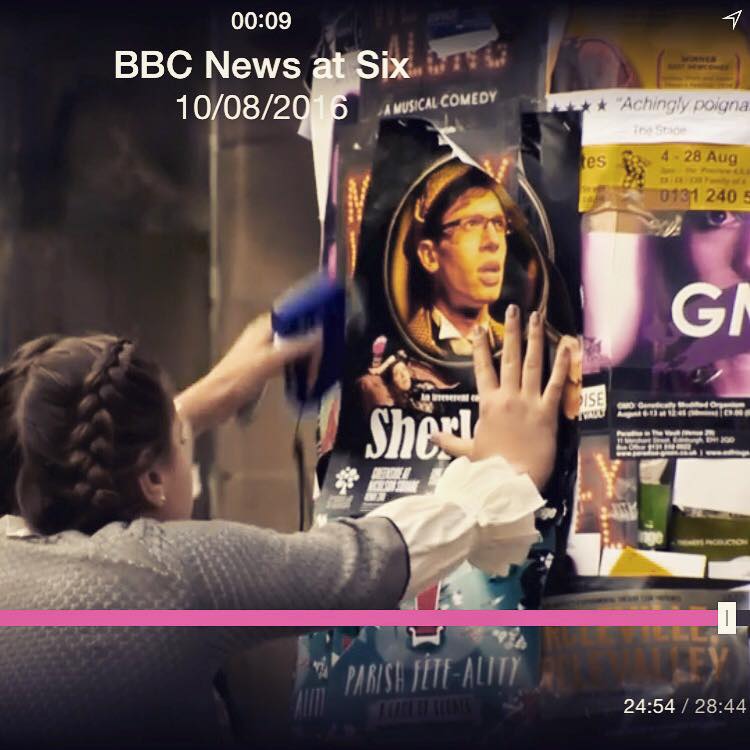