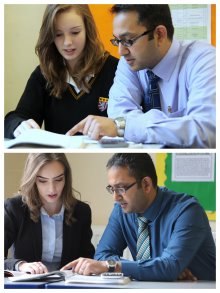 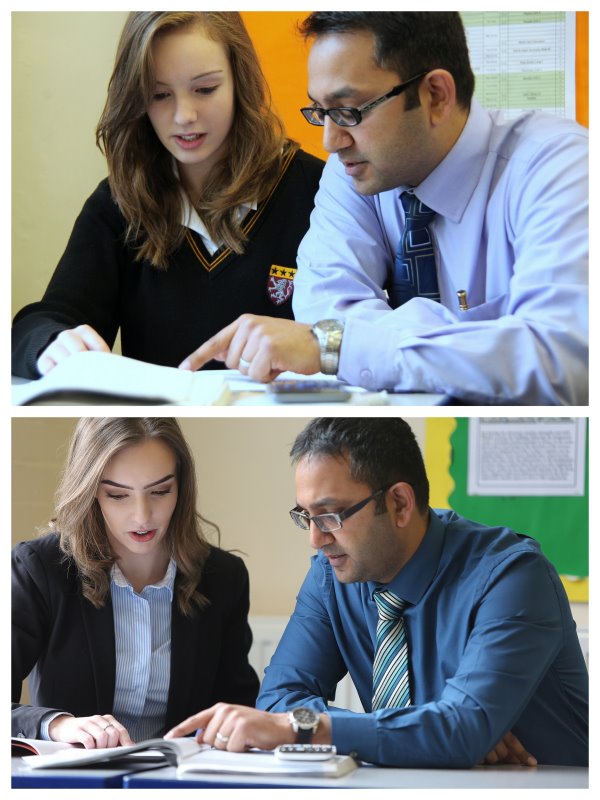 It is almost time to us to say goodbye (for now) to our Upper Sixth - the Class of 2010 - as study leave arrives.

While wishing every member of the Class of 2010 all the very best for their forthcoming public examinations, we will concentrate our news items this week on this year group.

5 years ago a photograph of Mathematics teacher Mr Shoyeb Memon and Imogen Hayley featured in our promotional marketing, a byline from a photoshoot linked to an article in the national press about teaching Mathematics and Physics. Where those five years have disappeared and how swiftly they have sped by is anyone's guess!

Earlier this year, Imogen's A2 Mathematics set suggested reshooting that image in the same classroom!

A Bright Future for Bablake Students 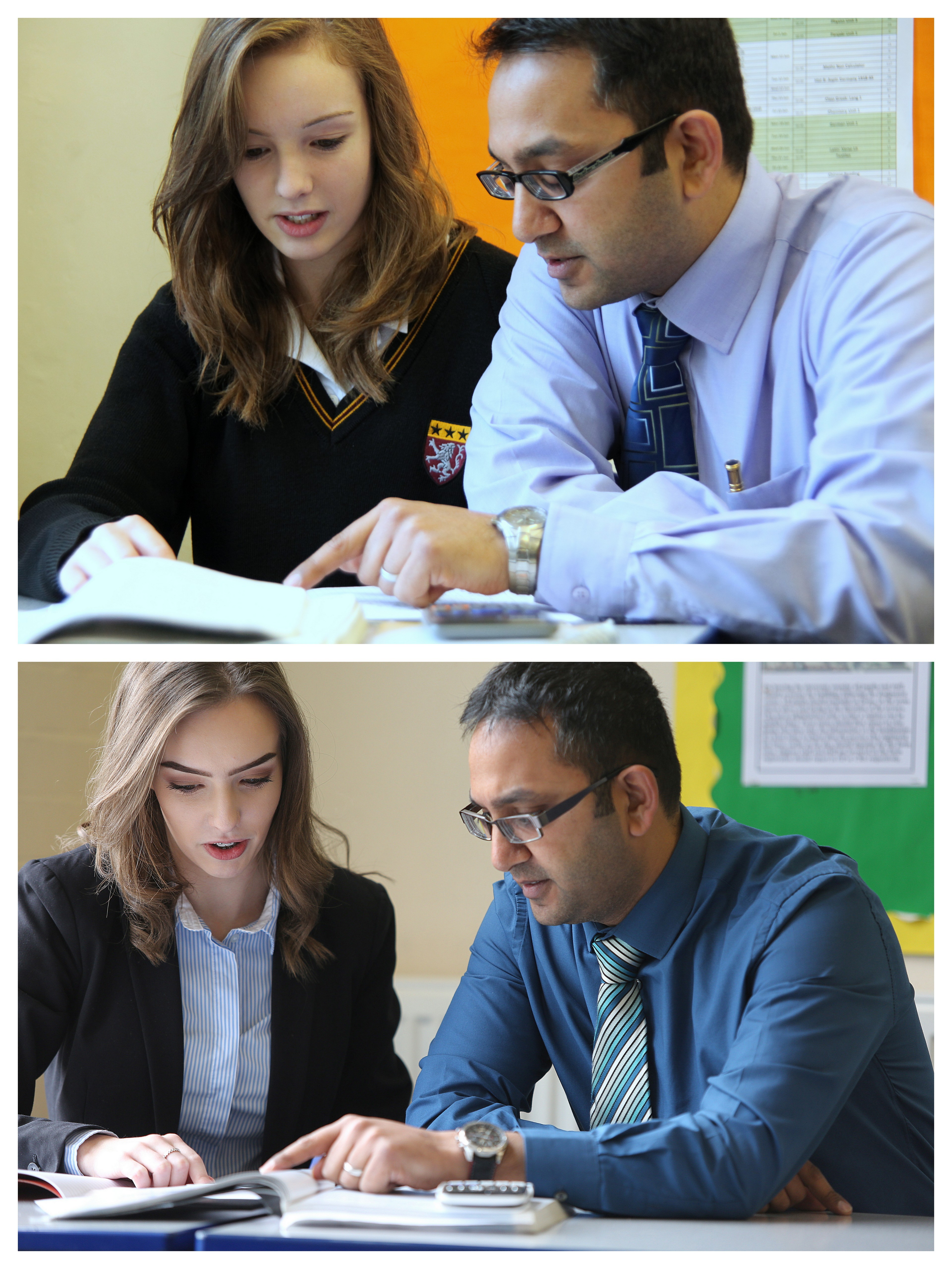