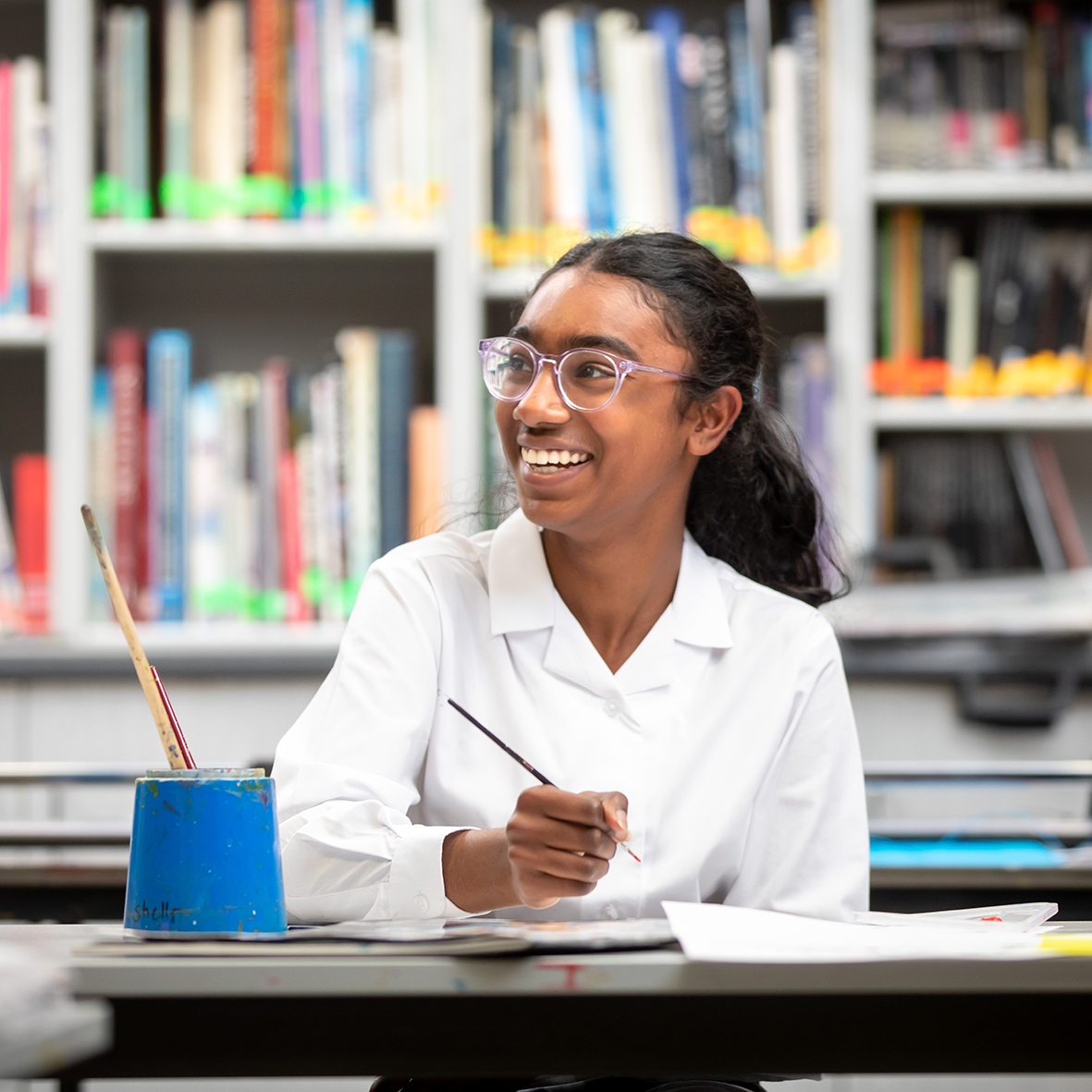 Bablake has a thriving Modern Languages Department. All pupils are offered the opportunity to learn French, German or Spanish from Shells up to A level.

The aim is not only to learn the language as an academic subject, but also to internationalise the pupils’ outlook.

Every year the department has foreign language assistants who work closely with pupils in the upper school to enhance their linguistic ability. All pupils in our Sixth Form have regular timetabled lessons with the assistants; where possible, this is extended to pupils in the GCSE years.

The department is situated in a purpose built block, which is shared with the Junior School. It is well equipped with a digital language laboratory, interactive whiteboards, projectors, DVD players and a computer suite. The school has subscriptions to the language learning websites Linguascope and Kerboodle, amongst others.

Pupils are formally assessed in the languages they learn at the end of the academic year, in addition to regular vocabulary testing throughout the course. All pupils take at least one language to IGCSE. At IGCSE level, pupils have five lessons per fortnight in Fourth Year and six lessons per fortnight in Fifth Year. In addition to the textbook, a wide variety of other resources are used to enhance the curriculum. We follow the Edexcel IGCSE course in all three Modern Foreign Languages.

At 16, pupils can opt to carry all three languages through to A level. They have 12 lessons per fortnight and they are also expected to carry out private study. They will also meet with the relevant Language Assistant on a weekly basis. The AQA exam board is used for all languages at A level.

Languages are becoming increasingly important in today’s globalised society. There is a misconception amongst people that languages are only useful if your ambition is to become a teacher. This is not the case! Languages actually benefit and complement a whole host of career choices and the decision to leave the European Union means that more foreign language speakers will be required in future to fill the roles currently performed by European nationals residing in Britain.

Nowadays it is possible to combine a language with a variety of different degree courses and universities and colleges are making it easier for students to continue learning a language, even if it is not the main part of their degree.

Some employers particularly target graduates with language skills, such as GCHQ (Government Communication Headquarters), the European Union Civil Service and the British Council, as well as a range of International Graduate Schemes offered across a range of businesses.

In recent years Bablake has seen many pupils go on to university to further enhance their language skills. A good way of finding out what is on offer is to visit the individual university sites.

To discover more about the options open to Language graduates, please click here.

The department offers a wealth of co-curricular activities to support and enhance the learning in the classroom. Every Monday lunchtime there is a Languages Club for Shell, Second and Third Years. Pupils can take part in creative and fun activities. Pupils may also benefit from teacher-led workshops, which run at lunchtimes. Here they may gain help specific to their individual needs.

In addition to school-based activities, there are a number of trips on offer to France Germany and Spain. Experiencing the language and culture of these countries first-hand really helps to bring pupils' classroom learning to life and consolidates the work undertaken, in addition to being great fun!

Day conferences for A level pupils are also organised to universities where topics from the specification are discussed and debated.