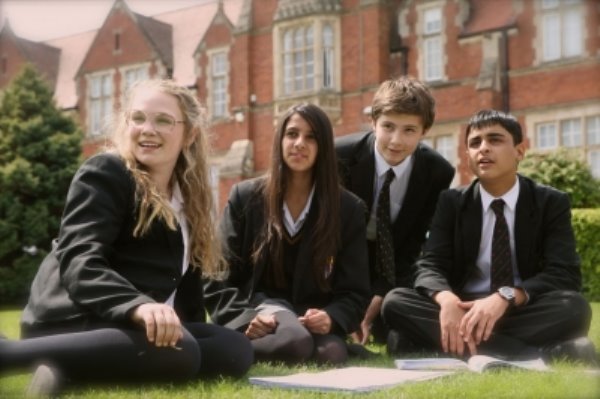 With a record-breaking 70% of our GCSE pupils gaining A*/A grades and 80% of our U6th achieving A*-B grades and a record 18.2% receiving A*s (allowing the vast majority to move onto the university of their choice), this year’s public examinations grades have put a perfect final gloss on what has been an outstanding year for Bablake.

Deputy Head Mr Chris Seeley said: ‘2013-14 is truly an academic year to remember. Our fantastic pupils have made their parents and the staff at Bablake so proud of them and their many achievements. However it is not simply about their brilliant academic results, but also about them as individuals. They are simply a joy to work with.’

Such an environment ensured that this year’s Independent Schools Inspectorate (ISI) report gave a glowing recommendation for Bablake, highlighting in particular outstanding teaching, pastoral care and the way the school looks after its pupils amongst much else.

Headmaster Mr John Watson reflected on the report as follows: ‘It is a great celebration of all that we strive to do at Bablake, in order to give our young people the best possible start in life.’

In his weekly bulletin earlier this year, he quoted some of the highlights of the report:

To have an idea of ‘A Typical Bablake Day’, we would urge you to view a superb timelapse video filmed by former pupil Abhimanyu Bose. On Saturday October 4th of course, there will be a chance to view Bablake at close quarters when we hold our next Open Morning and we are also very pleased to offer tours of the school during term-time. For more information, please email or call 024-7627-1248.

Even before the publication of the public examination results, staff had already indicated that 2013-14 had certainly been a superb year in the reports submitted to our 6th Form pupils who edit our annual magazine The Wheatleyan (to be published in December).

Our pupils have just returned from the Edinburgh Fringe where for the 28th consecutive year, Bablake’s Drama department has directed a production for public consumption. Director of Drama Ms Caroline Farmer commented: ‘Bablake's 28 year run is surely unique for a school and this year’s revamped production of ‘The Picture of Dorian Gray’ was once again very well received. The Fringe experience for the production team and actors will be, as it has for so many former pupils, a superb addition to their CVs. It will also be the stimulus for many of them to return in future years with their own plays.’

Over the year, Bablake also presented 2 excellent school productions, ‘Bugsy Malone’ and ‘The Crucible’, in our Theatre, while our Classics Department produced a superb ‘Classical Evening’ which was recorded and posted on Vimeo.

As well as a regular programme of excellent music concerts, including partner workshops with Orchestra da Camara (OdaC), and our House Music festival, there were three outstanding Charity Concerts instigated, promoted and organised almost solely by our pupils.

These concerts raised over £5k and certainly helped ensure that the final total raised for local, national and international charities reached well over £20k for the third year running. Mrs Maria O’Neill, Charity Coordinator and Head of Spanish, added:

‘My excellent team of Charity Prefects worked tirelessly with their peers, other pupils and members of staff to help raise an outstanding amount of money and awareness for a fine range of charities.’

This year, Bablake was added to the list of establishments that have gained International Cross of Nails (ICON) status. As our Headmaster said at the time, ‘we were very pleased to receive our Cross of Nails from Coventry Cathedral, as it reflects our commitment as a school to building peace and reconciliation both within and beyond our community.’

After a very thorough audit of our Arts provision by Trinity College London, who were very impressed with the preparatory supportive material compiled by Mrs Cathy Scott-Burt (Head of Enrichment), we were awarded Artsmark Gold status by Arts Council England for our outstanding contribution to arts and cultural education.

Mrs Scott-Burt explained further: ‘This award was in recognition of our commitment to provide high-quality Art and Design, Dance, Drama and Music through curricular and co-curricular opportunities, as well as through partnerships with artists and arts organisations. This is certainly further cause for celebration of 2013-14 but also exciting for what experiences will be available for our pupils in the future!’

There was much cause for celebration among our GCSE and A Level Art, Design and Textiles pupils whose annual exhibition was once again a highlight of the year.

Our student journalism stands out too! Mr Mark Woodward, Head of Careers, who oversees Stretch, our 6th Form magazine, said: ‘This year, Stretch was correctly recognised nationally for the second year running. Runners up at the Shine School Media Awards for both Best Editorial Content and Best Magazine, the team was delighted to see editor Charlotte Loasby win the Most Outstanding Pupil award.’

Two of our GCSE pupils now enter the 6th Form as Arkwright Scholars. Head of Design Technology Mr Chris West said: ‘I am delighted with James Horton and Adam Keir’s excellent work and interview performances which led to the award of these prestigious scholarships. It was a very strong field that we submitted this year and the other two pupils who received final interviews with the Arkwright assessors were outstanding A* GCSE pupils.’

As well as excellent team campaigns, in Sport, a number of our pupils excelled at international level. Kare Adenegan, Nia Gripton-Crockford and Lucinda Roche have already represented their country at a high level and are names we expect to hear much more of in the worlds of Athletics, Sailing and Equestrianism respectively. Current Paralympic and World Champion Hannah Cockcroft MBE said this weekend on her own Twitter account: ‘Kare is a superstar! She's going to be a champion one day very soon.’

With ongoing development of our partner school in South Africa and excellent work with local primaries, as well as so many pupils involved weekly in House activities, the Duke of Edinburgh award, our CCF, and extension work for their academic programmes (CREST, Extended Project Qualification, Symposium et al), the wonderful achievements mentioned today in this article just scratch the surface of the brilliant year our pupils have all had!

We suspect 2014-15 will see much more of the same! Of course, all of this would be impossible without the hard work of the dedicated staff body, the support of our parents and, most vitally, the public spirit, talent and potential of each of our simply outstanding pupils.

We would remind you that breaking news will always be published first on our Twitter account (rated No 1 in the Interactive Schools Alternative School League Table) and official Facebook page. 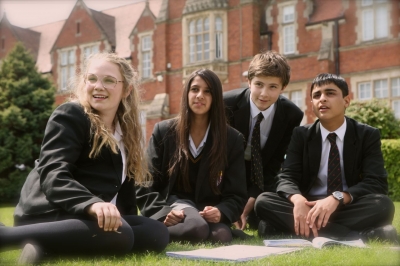